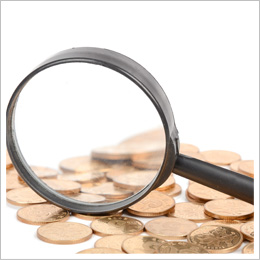 Money is a big issue in our lives. In our culture, and for that matter in most cultures, you simply can’t live without it. Unfortunately, money in our society, plays havoc with people’s ego and pride so much so that our social status in life is mostly dependent upon how much money we have and the number and kind of possessions we own. Is this the “true perspective” of what God wants us to do with His money? I don’t think so.

Unfortunately, Christians often seem to go “to far the other way.” Money is bad, and you should not have too much of it. Money is dirty and the root of all evil. No, “the love of money is the root of all evil.” (Tim. 6:10) Jesus never said it was wrong to have money or wealth. The bible teaches that we are to prosper in every way for the purpose of building up the Kingdom of God. (3 John 1:2 and Deut. 8:18) Possessions are fine as long as they don’t possess us. So how do we know if we are “possessed” with our possessions? The question is answered by asking ourselves the following: what are we thinking about? (how much money we can make?) What are with spending our time with? (things that improve our financial state and social status or are we pursuing the things of God?)

A true perspective is to understand the purpose of money. Deuteronomy 8:18 says that the purpose of money is to build up the Kingdom of God; it does not say “make as much money as you can and spend it on yourself.” It does not say that we can’t be wealthy on our way to meeting God’s commandment of building His Kingdom. In other words, where is our heart? Our hearts need to be on the Lord with the money He has blest us with, constantly asking Him where we should put the money He gave us. The first place of course is to not “give” the tithe (we can’t give something what is not ours) but rather “return” the tithe to Him. Statistics show that less than ten percent of the body of Christ tithes. Some survey groups put the figure at even less than that. How can this poor showing be a true perspective on handling finances for the Kingdom? Further, if Christians did have the right perspective, think of what the church could do if one hundred percent of the body, tithed? Oh my, watch out devil! He would be history. The great commission would be filled and the second coming would happen sooner! So who do we have to blame for the mess the world is in? The Christians. They are not doing their job of preaching the gospel. It takes money to do that, and we would have that money if everyone tithed and stopped trying “to keep up with the Jones” with the owning of possessions. This is not rocket science!

Christians has fallen into the trap of modern day marketing and consumerism. We can’t tithe and we can’t make offerings because we feel we can’t afford it. Yet, few of us live without cars, microwave ovens, T.V.’s, cell phones, and computers. A generation ago these were considered luxuries; today they are deemed necessities, even though in reality, they are not. By filling ourselves with cheaply priced and cheaply made consumer goods and/or expensive luxuries goods before we have meet our financial obligations to the Lord, we are not in His will. Then of course, we pray to God asking for His help with a multitude of personal problems. How God has enough grace and patience for us is beyond me. I wouldn’t have it if I were Him.

The true perspective of giving is additionally put to the test by our own North American definition of “suffering.” We think that “suffering” is to miss our favourite television show to attend a prayer meeting. “Suffering” is when we can’t get an internet connection, or our computer quits. More than half of the world’s population does not have enough to eat on a daily basis and one in five does not have clean pure drinking water. That is suffering. A true perspective is to change the way we think, stop being so self-fish and self-centered and start being a true disciple for Christ. You think you are suffering? Go to Africa . . .

Have a look at the videos on my website. It will humble you.

A Unique Look Into HealingFamily Responsibility
Scroll to top