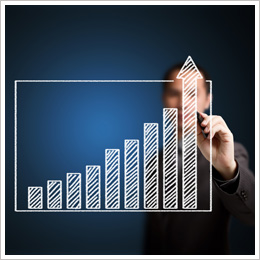 God wants you to prosper. It is not an idea that is new or open for debate although it often is by both Christians and non-Christians. The bible is soooo clear on this, I fail to understand what the issue is!

“Beloved I wish above all things that thou mayest prosper and be in health, even as thy soul prosperity.” 3 John 2. Without any further scripture, this one alone seems “cut and dried to me,” however, the book of Psalms continues with “Let the Lord be magnified, which has pleasure in the prosperity of His servant.” God not only desires for us to be prosperous, but actually takes pleasure in it! If we walk under the blessing of the Lord, which we do automatically the day we are born again, then that blessing will make us rich without sorrow. (Prov. 10 :22) God has a covenant determination to prosper us and to bless us in every way; health, happiness, financial, social and relational blessings as well. Our responsibility is to believe that and to receive it.

Prosperity is the ability to use God’s power and all that He has provided for us to meet the needs of mankind in every realm and area of life – spirit, soul and body, financially, emotionally, and relationally. As Christians we are not subject to, and do not live under the domination, rule, control, or influence of whichever way the economy and the world man-made system is going at any given moment. On the contrary, the world and the world system is under the authority of the Word of God, the blood and the Name of Jesus, when spoken and acted upon by the believer. Perhaps the greatest tragedy of the Christian life, is that many, too many, Christians do not know of the very power that is available to them for the simple acts of accepting, believing and acting upon the Word of God.

As we read in John 17: 13-22, we are separated from the world’s failing system which was established after the Tower of Babel when the world’s population was scattered around the globe. (hence the economic “system” in the worlds today is called the babylonian system.) In Galatians 1:4, God says He will deliver us from this present world, so I guess that means that we are not to be part of something that He wants us to be delivered from! Since we are not part of this system, but rather separated unto God, we are therefore put into the secret place of the most high God to flourish and prosper.

An example of flourishing in difficult times is best illustrated by Issac in the book of Genesis where it tells of a terrible famine that was plaguing the world and the economic system. It was (and still is) a dark time for those who did not know God and the covenant that He has made with all of us. Famine brings fear, uncertainly, hopelessness, and hunger. However, God said, that He would save us from death in time of famine. How did Isaac do it? By sowing, believing, trusting, and accepting. The sowing of his seed was the action part (ie. faith without works is dead.) Believing is simply that; believing that in spite of the world around us, we know that God has a covenant with us once we have accepted Him as Lord of our lives. The trusting part is to stand on the Word no matter what the circumstances are. (ie faith) The accepting part is know that what God says and does is true and therfore “it is done.” In short, prosperity even in difficult economic times is simply ones obedience to the Word and power of the living God.

The Garden of Eden was a perfect demonstration of God’s plan for this planet. Not only a “demonstration” but the actual foundation for what was supposed to be – a prototype. Adam’s job was to exercise his God given authority and expand the Garden until it encompassed the entire earth. That was what the blessing was for. It provided Adam with the power to carry on the work God began at creation. It equipped him with the divine resources he needed to follow God’s example. He was to transform the uncultivated parts of this planet into a viable and prosperous Garden of Eden by speaking faith filled words, just as God did when He made the planet. The blessing of the Lord empowered Adam to be the blessing wherever he went. The blessing was literally inside of Adam, just as it is inside of each one of us!

Adam is called “the first Adam” who unfortunately did not follow the plan, and was definitely not “with the program.” Jesus came as the “second Adam.” His purpose was to “redeem” or buy back that which was lost. (ie. the blessing) First though, God re-established His foundation of blessing through Abraham, but required him to follow all kinds of blood rituals of atonement to live under the blessing. Jesus became the atonement and the redemption fo the garden was complete in Him through His blood.

In short, if we are walking in the fullness of the blessing, we are over flowing with an abundant life. The role of money in our lives is very important; perhaps one of the most important factors in our lives. Money issues can be a source of stress and pressure. It (if we allow it to) controls lives, attitudes, and emotions. Some people are selfish with it, driven to make as much as they can, spend it on themselves, or worse yet, horde it! A simple way to settle these issues is to take the stand that we serve God and money serves us. The seed we plant into God’s Kingdom was designed by God to serve us. In Mark 10:17-22 we see an example of a man serving money and in Mk. 12:41 – 44, we see an example of money serving a women.

How we conduct ourselves with money is also very impotant. The love of it is the root of all evil, not the money itself. We don’t love money, we love God and like what money can do. We don’t trust money, we trust God. We are not takers of money, we are givers and use money as a tool to help others. The purpose of money is to build the Kingdom (Deut. 8:18)

The bible has numerous examples of supernatural provision, the multiplying of the boy’s bread and fish dinners being the best example. This kind of provision is foreign to man’s way of thinking and therefore difficult for many to even comprehend. However, God has supernatural ways to fully supply every need in the face of fear, shortage and a bad economy. How do we put ourselves in alignment to experience and receive supernatural provision? First we must enlarge our capacity of our own thinking.

Believe that it can happen! We must continually feed on His Word, renew our minds, and exercise our faith by calling things that be not as though they were just as Abraham did as outlined in the book of Hebrews. The Amplified bible in Ephesians 3:20 says it the best:

“Now to Him Who, by the action of His power that is at work in us, is able to carry out His purpose and do superabundantly, far over and above all that we dare ask or think infinitely beyond our highest prayers, desires, thoughts, hopes or dreams – to Him be glory in the church….”

Do The Jews Know More About Money Than The Christians? Yes!Prosperity – Part 2 of 2
Scroll to top