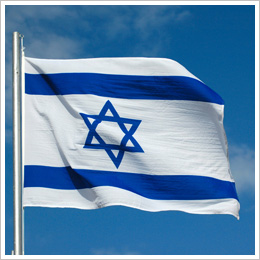 As God’s chosen people, the Jew’s since the earliest of times in the Old Testament, were blest with both money and material possessions. Abraham, Isaac and Jacob were all exceptionally wealthy. The book’s seven chapters discuss the reasons for these astonishing figures listed below.

Real wealth is portable; in other words it is knowledge with neither the government can tax or take away from you. It is part of the Jewish culture that after high school a young person attends university to receive an advanced education. After W.W. II , Jewish veterans took advantage of the American GI educational program at a rate twice that of the general population. A study in 1990 found that 78 percent of Jewish males twenty-five years or older had at least some college education, compared to 42 percent for non-Jewish white males. The question for the average Jewish family is not whether you will go to college, but where you will go, and which profession you will pursue.

Although Jews have a prejudice against them for being “cheap,” truth is, that they are extremely generous and look after their own families better than non-Jewish people do. The Talmud teaches that, “you are only as wealthy as the amount you give.” Jews are taught that charity is an obligation rooted in social justice, not in love or pity for their fellow man. Interest free loans to young Jewish entrepreneurs from other Jews is a standard practice within their culture.

To succeed in business or just about any other pursuit, you’ve got to have “chutzpa.” Jews do. They even invented their word. Chutzpa – call it “verbal self-confidence” if you like – is the ability to speak up, say your piece, ask questions, make demands. This breeds self-confidence and it is by no accident that Hollywood has basically been operated by the Jews for the last century. All four of the original movie production company were Jewish founded and owned. There are dozens and dozens of top movie and T.V. personalities that are Jewish. The media as well is filled with successful Jewish people. The Jews have developed a system of money making base upon scriptural principals that far exceeds any other culture in the world. No wonder that Hitler was jealous of them!

The label of being “cheap” does not fit the average Jew. “Selectively extravagant but prudently frugal” is their motto. Interesting to note, that when Jesus fed the five thousand with the fish and bread, he asked the disciples to pick-up the left overs so “none would be wasted.” The Jews have been doing that for centuries.

In essence, the Jewish people have learned from the Old Testament what we Christians would call, “biblical economics.” They have learned their lessons well and it has gone beyond just “teaching.” These lessons are now so entrenched in the Jewish culture that what is revelation knowledge to Christians is common knowledge to the Jewish people. Financially, they are the most successful culture in the world. It is further interesting to note that less than one tenth of one percent of the males incarcerated in North America prisons are of Jewish decent.

I keep thinking that if we only did that, the church would expand and the gospel would be preached!” If you want to learn how to make money and follow God’s principles, learn what the Jews did and copy them! They study the old testament which is where most of the biblical principles are..

You’re not broke, You have a SeedProsperity – Part 1 of 2
Scroll to top