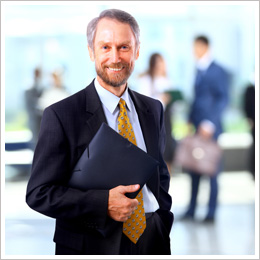 As an entrepreneur for over thirty years I am well aware of the fact that the businessman is looking for a return on everything he does; whether it be a return on time, labour, resources or money. That is just the way a businessman thinks; it is the way God made him.

As I look at the billions of dollars that well meaning governments and charities have given in foreign aid to third world countries, I can’t help but see that so much of it has been wasted and the rest has not accomplished too much as the problems are still there. What kind of a return is that? No wonder some people are tired of the endless demands for funds from charities. What people want is results; a return on their investment.

A few years ago, Bill Bright the founder of Campus Crusade for Christ developed what is now known as the Seven Cultural Mountains of influence in society. (government, education, media, arts and entertainment, religion, family, and business). God gave Adam dominion over the entire plant which included these seven mountains. The church has been charged with the responsibility of having dominion over these Seven Cultural Mountains. However, it has failed miserably. Consequently we now have a lost culture and the Kingdom of God cannot be advanced. How did this happen? The Christian church is guilty of three things which contributed to the loss of power and influence resulting in the degradation of society:

Along with the degradation of society has come the inability of the church and the world to solve world problems like famine, sickness, disease, war, crime, etc. Billions of people suffer daily from a lack of adequate food, water, shelter, clothing, employment, and sanitation. Yet, the world is some areas like North America and Europe remain enormously wealthy.

Of the Seven Cultural Mountains in society, it is business that influences all the rest because this is where the money is, and money is the engine or fuel for everything else. The church has still not come to terms with the fact that money is not evil, wrong or a sign of greed. The bible says that people will never listen to a poor man but only to a rich man because the rich man has influence; a poor man does not.

Who has the money and wealth of the world? Three goups: governments, who get theirs by stealing it in the form of taxes, criminals, terroristist, and war-mongers; and the businessman. Of the three it is only the businessman that has the ability to solve problems. Give a problem to an entrepreneur and he will solve it. That creates wealth and Christian dominated wealth is what solves the world’s problems.

Ephesians chapter two says that the church is to be built upon the foundations of apostles and prophets. However, such is not usually the case; churches are established and built by pastors. Although pastors are needed and very anointed, they are not skilled at the visionary process of building a church; not unlike a business. (Jesus said that He was about His Father’s “business”; He did not say “ministry.”)

Pastors have a gifting of looking after people, not necessarily solving their problems which is what the apostle does. Consequently, pastor founded churches tend to be “mercy-driven” as apposed to “Kingdom-driven.” A Kingdom based and driven church, by that of an apostle, can influence the businessman who inturn influences the Business Cultural Mountain, which in turn influences, changes, and dominates the other six Cultural Mountains for the purpose of building the Kingdom of God. As long as churches are headed by pastors with mercy-driven agendas, they will be “feeding a man for day.” The next day, the man needs to be feed again. The apostles will with the businessman teach the man how to feed himself. That is what a micro-loan can do.

So how do we as business people receive a return on our investment, take our influence and solve the worlds problems by making money and then plowing it into people and countries in need? The best opportunity that I have seen is “micro-loans.” Millions of people in third world countries live in a world of subsistence living. Each day is a struggle and a challenge to find food, water, cooking fuel, a job etc. yet, if they had a small helping hand, they could easily overcome this and be on their way to self-sufficiency and a start to personal wealth. A micro-loan can be and often is, that small helping hand that changes peoples lives forever.

Perhaps the best example of the success of micro-loans is found in an organization called “Kiva” (kiva.org). How does it work? Simple. Business people lend a small amount of money, even as low as $100. The money is lent to a third party who then starts a business. How do you start a business with only $100? Not in a first world nation, but in a third world nation, a hundred dollars can buy a sewing machine for example and start a single mother on her way to making a living and providing for her family. A hundred dollars can buy a popcorn machine and start a man on his way to entrepreneurship. After a few months, the loan is paid back and the money is reused for another loan. A micro-loan is literally the “gift that keeps on giving.” What is the default rate? Only about 10%. I don’t know of a better rate of return than this idea!

Micro-loans combined with businessmen that are willing to instruct people in the basics of business can literally change a nation by advancing its people from subsistence living to personal growth, development, eventually lifting them out of systemic poverty.

The Classification of Spiritual GiftsFive Keys to Success
Scroll to top