1. Do you have clean water? 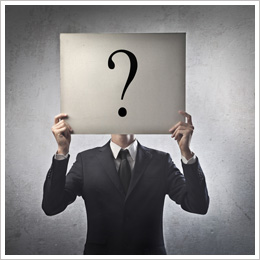 The next time you uncap a bottle of water or grab a drink from the tap, remember that one in eight people in the world (that’s 884 million people) lack access to clean water supplies. Millions of women around the world spend several hours a day collecting water. When you take a five-minute shower, you use more water than a typical person in a developing country uses in a whole day.

About 40 percent of the world’s population (2.6 billion people) do not have toilets. Lack of sanitation facilities spreads disease and is a major reason why more than 2 million people die annually of diarrhea.

The power in your house might be interrupted briefly three times a year because of storms, but 1.6 billion people—a· quarter of humanity—live without any electricity. As a result of unreliable infrastructure, at least 2 billion people on earth don’t have any light at night.

4. Do you have a roof over your head?

One billion people live in slums. That’s almost one-sixth of the world’s population. Of this total, 640 million children live without adequate shelter; they live in cardboard boxes, tin-roofed shacks, one-room mud huts or filthy, crowded tenements. It’s been estimated that 1.4 billion people will live in slums by 2020. In Canada and the U.S combined there are between 2.3 to 2.5 million people that are classified as homeless.

5. Is there food on your table?

In Canada and particularly in the U.S. we are battling an obesity epidemic. Yet according to UNICEF, 22,000 children die each day due to poverty. Approximately 790 million people in the developing world are chronically undernourished, and almost 28 percent of all children in developing countries are estimated to be underweight or stunted.

In developing countries, some 2.5 billion people use wood, charcoal or animal dung to meet their energy needs for cooking. In sub-Saharan Africa, more than 80 percent of the population depends on these crude, traditional means for cooking, as do over half of the populations of India and China. The really sad part: indoor air pollution resulting from the use of solid fuels claims the lives of 1.5 million people each year, more than half of them below the age of 5.

7. Do you have regular income?

You may have had to take a pay cut during the recession, but keep in mind that at least 80 percent of humanity lives on less than $10 a day. The world’s average income is about $7,000 a year. Still, only about 19 percent of the world’s population lives in countries with per capita incomes at least this high.

Nearly a billion people entered the 21st century unable to read a book or sign their names. Enrollment data shows that about 72 million children of primary school age in the developing world were not in school in 2005 (and 57 percent of them were girls).

9. Are you generally healthy?

People from Canada and the U.S.A. face illness like people in other nations – and more than 13 million people from Canada and the U.S.A are battling cancer in any given year, but many of us have access to health care. In the developing world, more than 2.2 million children die each year because they are not immunized. An estimated 40 million people in developing countries are living with HIV/AIDS. Every year there are 350–500 million cases of malaria, with 1 million fatalities, mostly in Africa.

More than 400 Christians die for their faith every day around the world, and most of these believers suffer in Islamic countries—although the top hot spot for Christian persecution, according to Open Doors International, is the atheist regime of North Korea.