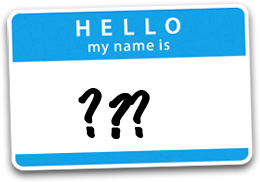 One of three titles (Adon, Adonai, and Adonim) generally rendered “Lord”. They all denote the various aspects of headship but each one has its own peculiar usage. Adon is the Lord as ruler In the Earth.

The Lord in his relation to the earth, and as carrying out His purposes of blessing in the earth.

The plural of Adon, carrying with it all that Adon does but in a greater degree, and more especially as owner and proprietor. Adonim is the Lord who rules His own.

Occurs 2700 times. Translated “Lord” (KJV) and “Jehovah” (KJV). May mean “greatness and glory” with the idea of creative and governing power, omnipotence and sovereignty. Elohim is God the Creator putting His omnipotence into operation.

Another possible word for which Elohim could have been derived. It can mean to “declare or swear”, and thus suggests a covenant relationship.

God of Peace, (Gen. 35:7) may alternately be the God who revealed himself in Bethel.

First occurs in Gen. 14:18-20 where Melchizedek blesses Abraham in this name, praising God as “possessor of heaven and earth” He divides the nations “their inheritance”. He is “over all the earth”, a title that appears 36 times.

“Exalted One” or “Most High” in the KJV. Used in Balaam’s prophecy (Nu. 24:16) with El Shaddai in both Moses’ and David’s songs and prayers, and in all other places where his rulership and ownership or absolute preeminence of deity are the focus of worship.

“God the everlasting one” or “God of eternity”. The word means everlasting time, “time whose boundaries are hidden from view” applied to God it apparently means, “his sovereignty continues through the ages, unaffected by the passing of time.”

“God, the one of the mountains” (referring to his visits to Sinai, or his lofty rulership) or “God Almighty”

Isaiah’s term to convey God’s “eternal sovereignty over the whole sweep of time from beginning to end” (Isa. 44:6; 48:12). God’s sovereign lordship is manifest in Jesus Christ the Alpha and the Omega.

“Elohim is to be worshiped. Eloah is God in connection with his will rather than his power. The first occurrence associates this name with worship. (Deut. 32:15, 17); hence it is the title used whenever contrast (latent or expressed) is with false gods or idols. Eloah is essentially the “living God” in contrast with idols. GOD in KJV.

God’s proper name, denoting his person (Gen. 2:4) Derived from the Hebrew verb Havah “to be” or “being” a word almost exactly like the verb Chavah “to live or life”. With this name we must think of Jehovah as the being that is absolutely self-existent the one who in himself possesses essential life, permanent existence. Translated as LORD (all caps) in the KJV, and is the most frequently used name for God in the OT being used 6823 times. Jehovah has eleven related titles usually arising from some historic incident, and appearing in this Hebrew scripture order.

Memo From God:How to Pray Successfully
Scroll to top