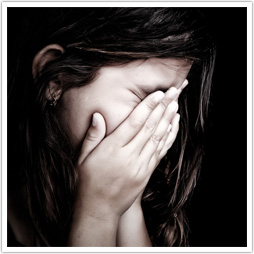 How is it possible that violent crime in the United States has surged by more than 460 percent since 1960?

The answer is as painful as it is simple: the further the Americans (and the rest of the world for that matter) turn away from God, the further they drive Him out of their society, schools, courts, media and their homes, and the more they deny God, the more people are “holding to a form of godliness, although they have denied its power” (2 Timothy 3:5) – the worse things get.

Should we be surprised? It is a logical result from a course of action that runs against the Word of God. God is a gentleman. He won’t force us to accept His great love and many blessings. If a nation tells Him to leave, He will leave. Galatians 6:7 says, “For whatsoever a man sows, that shall he also reap.” We are reaping a horrifying explosion of murder. We are witnessing a gruesome crime wave unprecedented in world history with no end in sight. So what did we sow to deserve this? Kicking God out of every facets of our society. Return to God, and He will return to us.

“From the days of your fathers you have turned aside from My statutes and have not kept them. Return to Me, and I will return to you,” says the Lord of hosts. (Mal.3:7)

I highly recommend the New York Bestseller, “The Harbinger” by Johnathan Cahn. It will explain the reason behind the terrorist attacks of September 11 2001 and what is ahead for the U.S.A., the rest of the world, and what can be done to change it. It is not too late, but almost…